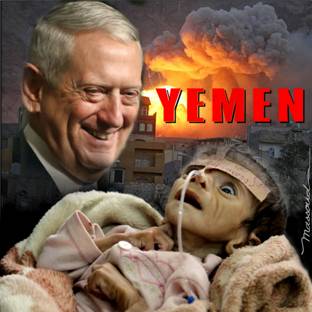 The US, UK, and French governments are behind millions of people starving in Yemen because they are “supporting this war,” an Oxfam representative told RT, urging London to stop beefing up Saudi Arabia’s military.

British, French, American governments are all behind this, they are all supporting this war.

Stanforth blamed the British government in particular, saying that London should stop its arms sales to Saudi Arabia, which is accaused of targeting food supplies and even no-strike locations in Yemen.

“We’ve seen attacks on water infrastructure, on hospitals, warehouses of food. This pattern is continuing. Certainly, it’s the airstrikes that are killing most civilians,” he said.

Stanforth says Riyadh’s bombing is not sparing humanitarian sites either… including that of Oxfam. Saudi Arabia is “aware of many of these locations” and along with the UAE, it is still hitting them, he added.

Western states have been widely criticized by rights groups for their continued arms sales to Riyadh. However, turning the tide on multibillion-dollar deals may not be so easy.

Following the killing of exiled Saudi journalist Jamal Khashoggi in the Saudi Consulate in Istanbul, US President Donald Trump issued strong words to Riyadh. He was not prepared, however, to cancel a $400 billion arms deal, saying there are other ways to “punish” America’s Middle East ally.

Trump’s position was echoed by the attitude of Canadian PM Justin Trudeau, who said it is “very difficult” (or… costly, to be precise) to get out of the arms deals with Saudi Arabia. 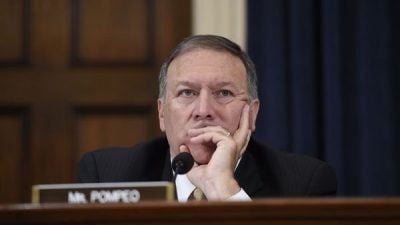 During an interview with BBC Persia, Secretary of State Mike Pompeo said the United States will starve millions of Iranians to death if the country’s leadership doesn’t bend to its will.

Pompeo said Iran’s “leadership has to make a decision that they want their people to eat.”

This is siege warfare. It is illegal under the Geneva Conventions, in particular the protocol relating to the Protection of Victims of International Armed Conflicts (Article 53: Starvation of civilians as a method of warfare is prohibited).

But then neocons don’t do international law.

Patriot Movie prior knowledge of 9/11

Graham L Strachan wrote in the 1990’s on globilisation and the coming totalitarian fusion of Capitalism and Socialism. I have put his articles here as the Chinese controlled Google have buried it.